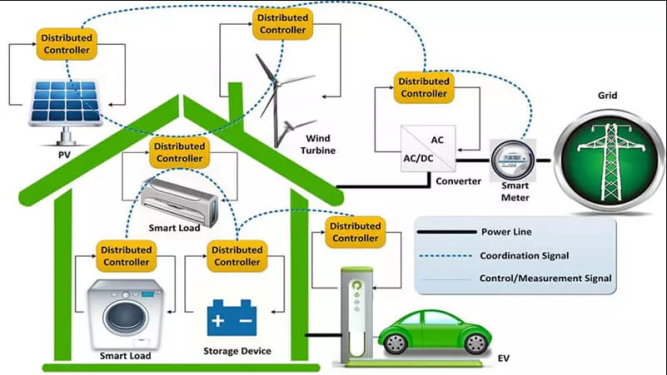 Load controllers are gaining popularity because they are an efficient way to ensure that your energy consumption does not reach a certain level at any given time. Customers of SRP and APS energy who have considered or have solar power have been made particularly aware of the load controller by the solar companies selling and installing solar. It has become more critical than ever before in a solar installer's scheme. Before we get into the solar part, let's go over the basics of what a load controller is.

Load Controller: A load controller is a system that restricts the amount of electricity a home can use at any given time. They link directly to your electrical panel and control the amount of power your home can use at any given time. Let's say it's 5 p.m. in Phoenix, and your air conditioner is blasting, your TV is on, you're getting ready to cook dinner in an electric oven, and you're running hot water and turning on the electric hot water heater. When all of these loads are operating at the same time, the load controller receives a signal that your power demand exceeds the load controller's capacity, and the load controller starts shedding loads and turning off your appliances and air conditioner to balance your consumption.

There are three ways to reduce energy:

2-Quality in Electricity: With many of the recommendations we make in our Energy Audits, such as sealing the ductwork, installing more insulation the right way, and buying a more efficient air conditioner, using less energy is about reducing waste. There are enhancements that do not alter your lifestyle but instead work in the background to reduce your energy bills.