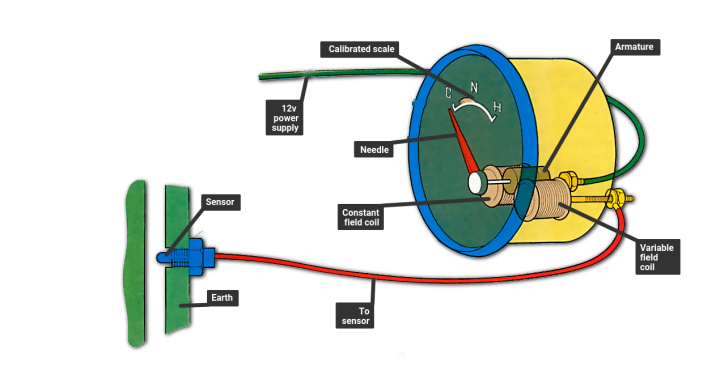 The temperature of the immediate atmosphere is determined by a temperature circuit, and the value is shown on a digital monitor. It's similar to an analogue thermometer, but it doesn't use mercury to determine the temperature.

1- Thermocouple: A thermocouple operates by measuring the offset in voltage between two different metal forms. It is non-linear, has a low precision, and can work over a large temperature range.

2- RTD (Resistance Temperature Detector): An RTD is a platinum wire wrapped around a ceramic or glass core that measures temperature. The resistance of the RTD varies in a generally linear scale as the temperature changes. It is extremely accurate, but it is not a cost-effective choice.

3- NTC Thermistor: An NTC thermistor works by varying its resistance in response to its temperature. It is extremely susceptible to even slight temperature variations. In relation to the temperature, the value varies on an exponential scale.

You'll face various challenges in the PCB configuration depending on the type of temperature sensors you use. Thermistors such as thermocouples, RTDs, and NTCs generate analogue signals that correspond to temperature values. This necessitates a strong distinction between the analogue and digital components of the PCB.

Using a semiconductor-based temperature sensor would obviously make the PCB design simpler. That isn't to suggest that you can take anything for granted. Even if the IC sensor generates an analogue output, the best practise of analog-digital separation must be followed. Being a prominent Nutronics manufacturing and suppliers in Delhi provides high quality of temperature controllers.